Fruit bodies are found gregariously, solitary or in clusters on wood chips in parks and gardens. Besides Australia, it occurs in North America, Europe, New Zealand and more. It's origin is unknown as it is likely to be transported around the world on wood chips. It apparently rarely occurs in natural woodland, but I think I found a single fruit body on a grassy clearing in Barrington Tops National Park. 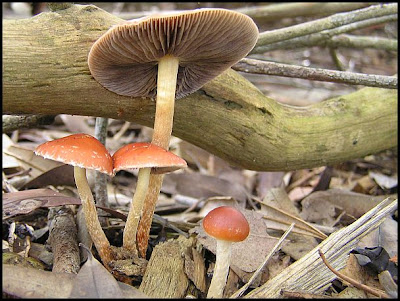 The cap is initially convex, becoming broadly convex, broadly bell-shaped or flat. When flat, a low umbo is usually present. Colour varies from reddish brown to shades of orange and can be sticky when fresh, or slippery when wet with rain, but quickly dries. Remnants of a white partial veil are usually found on the rim of the cap.

Gills are of various lengths, and are pale buff-grey when young, often tinged with dirty yellow, maturing to purplish grey flecked with rusty orange. Spore print is purplish black.

Stem is hollow, 3 to 10cms tall, dry, with hairy scales. Initially white, the stem matures with orange or brown colouration. Whitish to yellowish mycelial threads often appear at the base.

Leratiomyces ceres is reported to be poisonous. 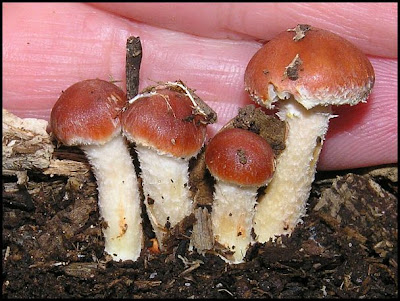 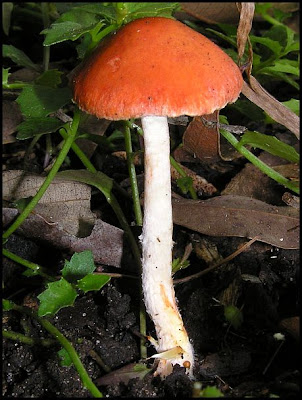 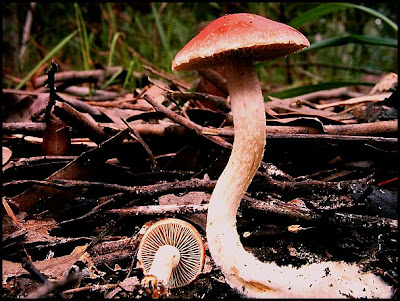 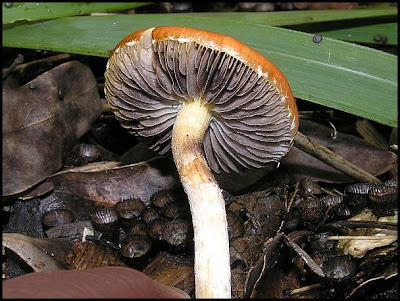 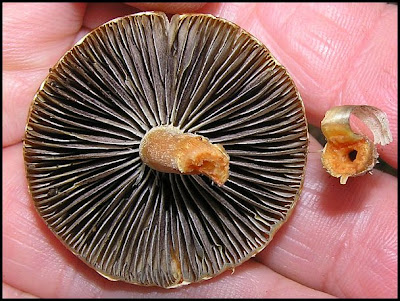 Stem can have a shank buried by wood chips. 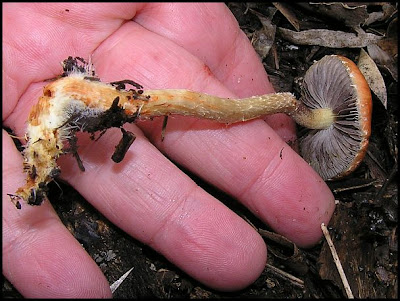 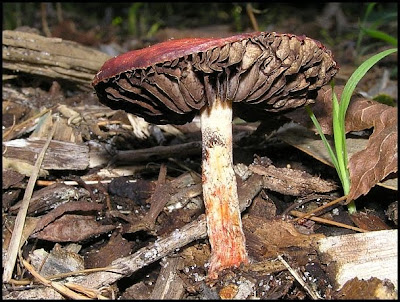 My sightings of Leratiomyces ceres


[This will be updated with more sightings]


A Leratiomyces ceres fruit body infected by a species of the parasitic fungus Spinellus from Family Zygomycete. Sporangiophores are the hair-like reproductive stalks, topped with sporangi (the tiny black dot-like spore-containing receptacles.) 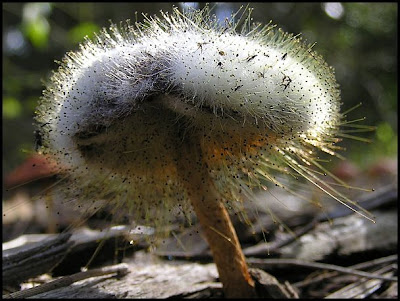 I found plenty on mulched areas of Sydney Park, St Peters last few weeks. I noticed older speciments have caps that are cracked.