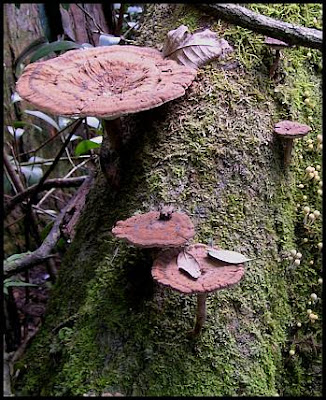 Amauroderma rude is a fungus with a fascinating feature - its white pores turn bright rusty-red upon touch, making it an easy fungus to identify.

Amauroderma rude, common name Red-staining Stalked Polypore, is from the family Ganodermataceae. Pronunciation: Amour-oh-der-ma rue-day. It appears to be a common fungus in small numbers in the rainforests of the southern section of Barrington Tops National Park where I go fungus hunting.


A young Red-staining Stalked Polypore which appears to be 'sweating'. Also notice how a twig has been embedded in the fungus as it grew. This fungus also appears to be infected by another fungus or slime mould. 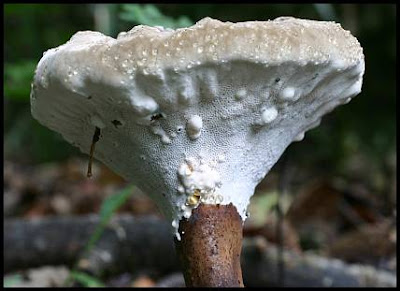 Pores are small (1 to 4 pores per millimetre) 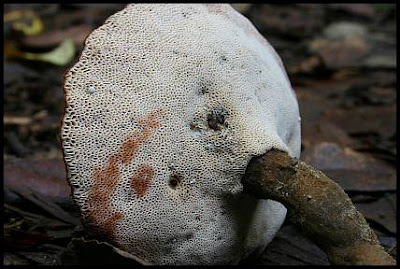 Cap is flattened with a central depression, is woody, has concentric zones of varying shades of brown or orange-brown, and is usually slightly velvety. I have seen caps up to 130mm diameter.

The stem is brown, irregularly shaped, tough and woody. I have seen stems up to about 120mm high, but apparently they can reach 160mm in height.


A close up of pores of Amauroderma rude 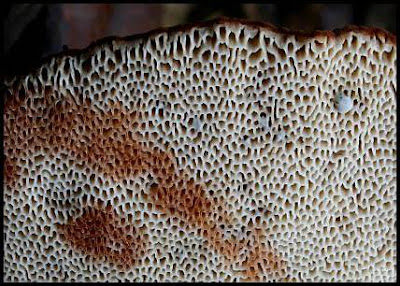 As is indicated by the common name of Red-staining Stalked Polypore, the white pores stain bright rusty-red upon touch. Even a gentle touch as in the image above, will stain the pores immediately. With time, the staining will turn almost black. 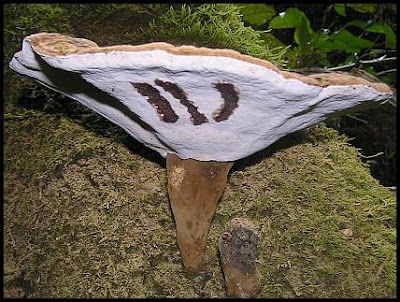 Amauroderma rude grows singly or in small groups on rotting timber in damp forests, is long-lasting and turns black with age. 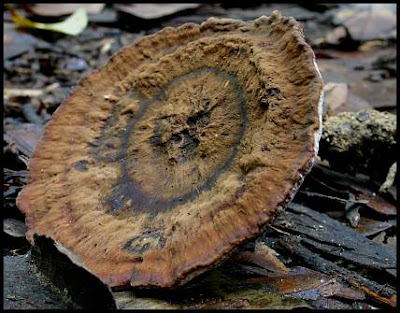 
Notice the irregular, knobbly, velvety stems, and 'wavy' perimeter of the cap 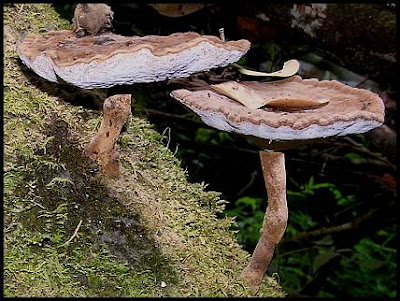 Excellent photography Gaye, this is becoming a high quality blog.

Thank you Esperance Blog. I hope my blog will eventually be of use, or interest, to fungus observers seeking information on the fungi they find in the field. My blog entries are starting to appear in Google searches.