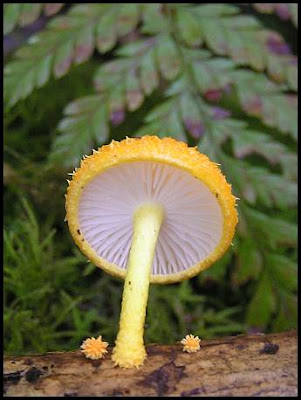 Cyptotrama aspratum (common name - Gold Tufts), family Marasmiaceae, is a small delicate agaric growing on dead wood in moist forests. It is distinctive with it's yellow cap covered in pointed fibrillose scales when young, which fall off as the cap expands and flattens with age.

Gills are white and rather widely spaced. Spore print white (I have not obtained a spore print). Stem is white with a yellow tinge, darker at the base, and is warty. It grows singly or in small groups.


Distribution - as far as I am aware, distribution is limited to SE Qld, eastern NSW, SE Vic, Tas, and SE South Australia. 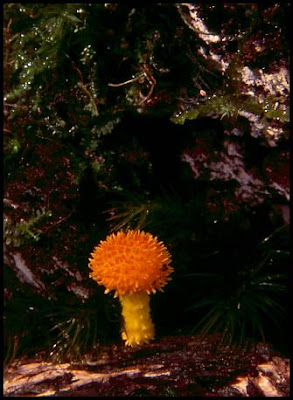 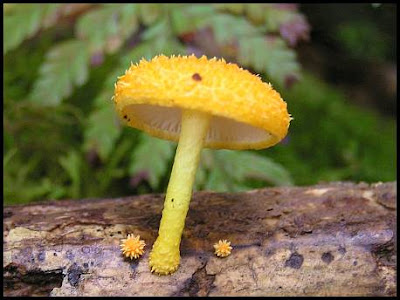 The flattened mature cap has lost its conical tufts 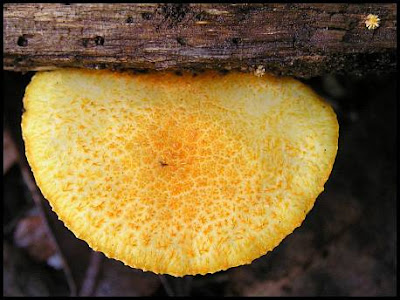 White, rather distant, gills of a mature specimen 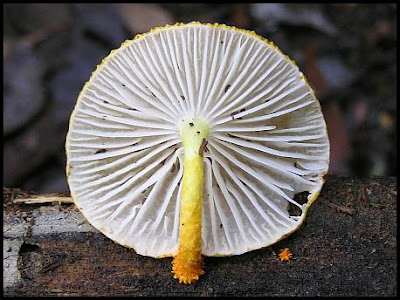 An excellent Blog Gaye, congratulations! I can see it becoming an exceptional reference, particularly to the central NSW region. I look forward to its development.

Thank you Jack, I was actually inspired to begin getting some of my fungi details together when someone from the NSW Central Coast contacted via my Nature Blog asking for details of fungi I have found in the Hunter Valley.

I look forward to its development too. I'm going to enjoy it.